At the beginning of August the campaign “Make Big Polluters Pay”, of which TerraJusta is part, organized the VIRTUAL FORUM “Climate Crisis, Extractivism and Transnational Corporations. Communities in Resistance in Latin America and The Caribbean”, in which participated several organizations and communities in resistance throughout the region . 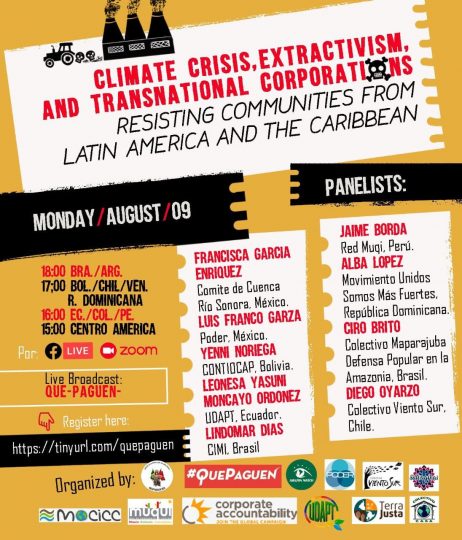 You can see the Virtual Forum in this Link 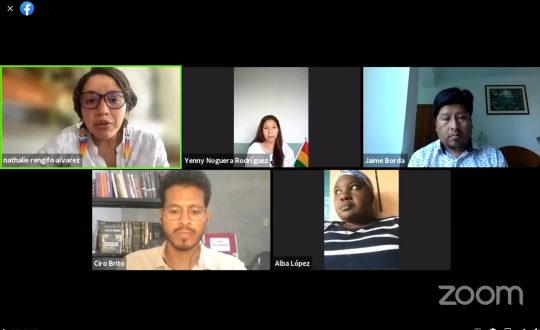 “Despite the fact that corporations and big polluters, especially fossil fuels and agribusiness, are historically responsible for the climate crisis, at the same time that they have caused disproportionate damage to local communities, territories and ecosystems throughout the continent. These corporations, in addition to having financed large climate denial campaigns and, in a premeditated manner, have obstructed regulatory and legal processes to evade their responsibility for repairing the damages they caused.

The Campaign “Make Big Polluters Pay” arises from the discussions of the climate justice groups that intends to initiate processes in which these actors are sanctioned for their historical responsibilities, reparations are achieved and adequate financing is obtained to face the climate crisis, cease their activities and progress in the implementations of true solutions.”